See also: Global Calendar of Events and past events in United Kingdom 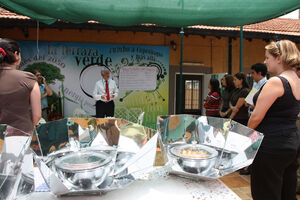 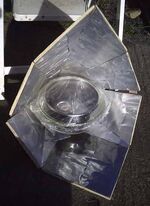 A principal promoter in the UK was Anna Pearce. She also made an attempt to promote the Wonderbox (a retained-heat cooker) and the Anahat (a combined cooker and retained heat device) for use in country.

Cooking accounts for 5% of household energy use in the UK. [1]

The entities listed below are either based in United Kingdom, or have established solar cooking projects there:

Retrieved from "https://solarcooking.fandom.com/wiki/United_Kingdom?oldid=117391"
Community content is available under CC-BY-SA unless otherwise noted.