Water distillation can be used to obtain safe water to drink using solar energy. Often this involves removing the salt from seawater, which makes up over 95% of the water on the planet, but is also useful in removing contaminants and disease-causing organisms. Most approaches use an evaporation technique. The water is first evaporated, it then condenses and is recaptured as fresh water. Several systems are now using the sun's energy for the evaporation.

A compact solar still example, is the Eliodomestico Solar Still.

An Israeli company, SunDwater has developed a system capable of 400 liters (104 gal.) of fresh water each sunny day, which uses a four sq. meter parabolic solar reflector to concentrate a high temperature focus on the seawater vessel. New water is constantly pumped back into the closed system as the water evaporates.

A simple inexpensive, and mobile device for solar potable water generation from sea water or brackish water based on condensation. With a base diameter of 80 cm (31.5 in), the still is reported to be able to condense roughly one liter of water per day. Read more... 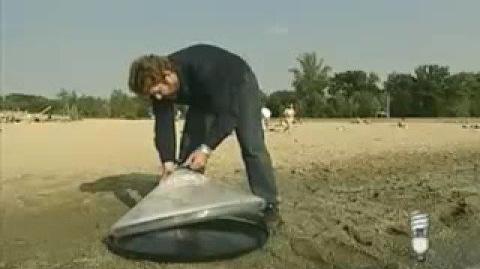 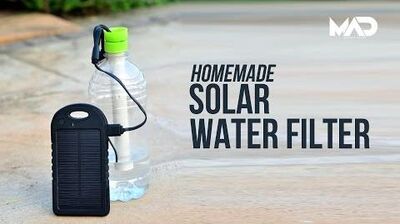